How Far Is Chandler AZ From Phoenix?

How Far Is Chandler AZ From Phoenix?

The city of Chandler, Arizona is located 16.67 miles southeast of the city of Phoenix. Driving distance from Phoenix to Chandler is 22.32 miles (35.92 kilometers) if you follow the Interstate 10 east route. If you drive without stopping, it’s approximately 30 minutes of driving time without traffic.

The History of Chandler, AZ 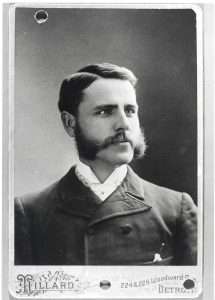 Photo of Alexander J. Chandler courtesy of the Chandler Museum

Chandler is one of the many cities that Red Hawk Property Management serves in the Metro Phoenix area. We’re happy to provide more information about this great city in the southeast section of Phoenix.

All the way back in 1891 a man named Alexander John Chandler purchased 80 acres of land. He was a veterinary surgeon, and he purchased this land from the government. The land was located south of the city of Mesa in the Salt River Valley. He studied irrigation engineering and built the first system of canals in this desert climate.

Within a matter of years, Dr. Chandler owned around 18,000 acres of land. His irrigation project helped every landowner in the area with water. He used planners and architects to turn his land into a town. He then advertised this land to the entire nation as the Chandler Ranch area.

On May 17, 1912, Dr. Chandler opened the town. At this time the Arizona Eastern Railroad also opened, and 300 people came to town. In just one day the land they purchased equaled $50,000.

At this time it was nothing more than a couple of shacks consisting of a town office, dining area, and grocery store. The town was also building a hotel called the San Marcos hotel. Mr. Chandler had a plan that was well beyond his year. He planned to develop a park and many businesses around this scenic area. He wanted the sidewalks to be made to look like a trellis roof. The deeds to the land stated that owners had to build on their property within one year.

One year after selling his land Chandler had a town that was being developed. There were parks, businesses, and even the Bank of Chandler. This town was also the site of the Eastern Railroad depot.

While there were still dirt roads at this time, they were filled with wagons, cars, and the Model T. The park was full of grass which offered a break from the businesses. The Commonwealth Canal divided the north and the south sides of town.

The Hotel San Marcos opened in 1913. Five hundred guests attended the opening along with George Hunt the governor, and Thomas Marshall who was the Vice President at this time. Wealthy people from all over the United States came to town to stay at this hotel.

Agriculture was still the main business in Chandler. The town was known for growing cotton, alfalfa, and similar grains. The farms were filled with cattle, sheep, and even ostriches. The feathers were used in women’s clothing and went for as much as $250 a pound.

Over the years cotton took over as the most valuable crop. By the era of World War I the cotton was in demand for fabric for the soldiers as well as to make rubber tires. Goodyear purchased 8,000 acres in this town and built their factory.

As 1920 rolled around, there were 20,000 residents living in Chandler. Traveling by car became the primary form of transportation, and there was a demand for paved roads. There was also a need for newer water and sewer systems.

The Justice of the Peace named Arthur Priced started the first charter in town. They agreed the town would be named Chandler. Dr Chandler was the first mayor until someone could be elected to this position.

Like most of the country, Chandler was hit hard by the Great Depression. The cotton business crashed in 1920 as well as the Bank of Chandler. Dr Chandler lost his hotel but was able to retire and live in a cottage on the ground of the hotel.

The 1930s brought new hope to Chandler. Cars were seen in the town which often lead to them jumping the curb into the park as Arizona Avenue ended at the town plaza. Even large trucks had a difficult time driving on the narrow streets circling the plaza.

In the 1940s Route 87 opened. Residents were not happy about how this changed the landscape, and the design of the town was no longer practical for this time.

In 1941 the U.S Army Air Corp announced they were builder a fighter pilot training centre just outside of town. After the attack on Pearl Harbor, it was common to see men enlisted in the military all over the town.

Chandler residents got to celebrate the end of World War II late into the night on August 14, 1945.

Between WWII and the 1950s, the population doubled. Dr Chandler died on May 24, 1952, and the area was upgraded from a town to a city.

Chandler has experienced a recent population boom. In 1980 there were 30,000 residents, and today 240,000 people are living in Chandler. They have increased their business to including manufacturing and electronics.

The storefronts now have a modern look. The plaza in the town was redesigned to honor Dr Chandler. The Center for the Arts as well as the retail shops and now main attractions in this city.

The annual Ostrich Festival offers fun for the entire family as well as those passing by.

Looking at this town today it seems Dr Chandler had his vision for this town in the middle of a desert come true.