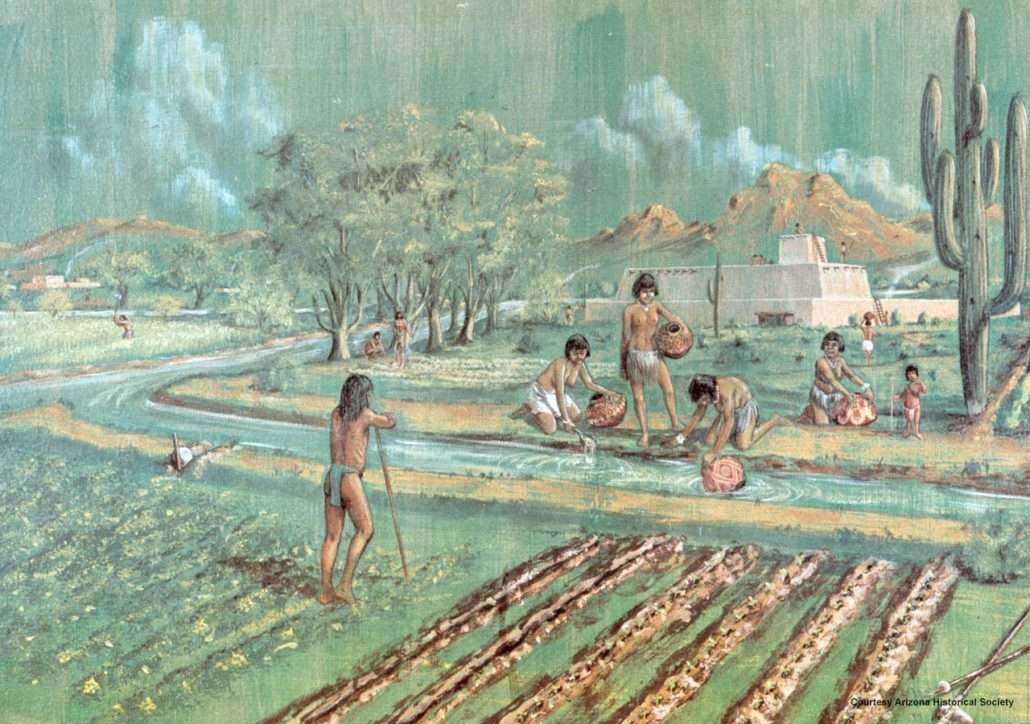 This is the second part of the four-part series from our Mesa Rental Property Management Company about the history of Mesa, Arizona. Continued from The History of Mesa Arizona – Part 1.

Hohokam, a tribe of peaceful Indian farmers, had settled in and induced Mesa to yield its hold on the water that flowed from the Salt River. Having built a sophisticated network of canals they turned a desert into an oasis of the verdant earth. They would eventually vanish from the area leaving a legacy of enriched soil that would deliver a bounty of agriculture that would remain many centuries later.

When Spain crossed the Salt River to (or “intending to”) settle in southwestern Arizona, the Apache Indians drove them out and would continue throughout the 1700s. When the Civil War broke out in the early 1800s and the US Military was operating at less than half strength, the government of the day seized a slice of Arizona after massive clashes between the natives, and European settlers had ensued.
85 audacious Latter-Day Saints from Utah and Idaho stopped in Lehi where they discovered the irrigation canals left by the Hohokam tribe. Having cleared the channels, they settled on the fertile land and multiplied.

It was during the late 1800s that a flood in Lehi obliterated Fort Utah but just as the low lands were prone to flash flooding, so the tablelands of Mesa began to flourish. Buildings began to rise, saloons and a city hall took precedence and then a newspaper house, The Mesa Free Press appeared. It still stands today and is known as The East Valley Tribune.

It was veterinary Dr. Alexander John Chandler who purchased 80 acres of land south of Mesa in the Salt River Valley who using heavy machinery, cleared the irrigation canals further, enlarging them to become more effective in their use as irrigation channels. By the turn. 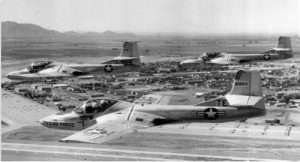 n of the century, Chandler had grown his acreage 100 fold. He was sitting on 18000 acres of land on the Salt River. When restrictions were announced that only 160 acres of land of each landowner could be irrigated, Chandler set out to enlist the subdivision of his ranch, thus selling the Chandler Ranch sites. It was Chandler who also introduced the first power plant, and in 1917 when the municipal government bought it, it made Arizona one of the first cities to own such a utility.

By 1940 Mesa was a bustling, busy achievement boasting its claim to being the third largest city in Arizona. By now, 7000 people had settled among the Tohono O’odham Indians. Hispanics, Mormons, Chinese, and Japanese became American settlers in Mesa who brought their cultures, erected businesses and began farming the land. Mesa was a little metropolis that would soon become noted for its hospitality while World War II American pilots trained at Williams Air Force Base and the British at Falcon Field.

Although Williams Airforce Base was closed in the September of 1993 it was reopened again as Williams Gateway Airport; the same that gives the aviation industry its wings in Mesa today. Weather is almost always perfect for training exercises, and testing is carried out every month, twelve months a year. Both Williams Gateway and Falcon Field accommodate national and international aviation and aerospace companies who develop aviation systems for both the commercial aviation industry and the American Military Services.

With the location, the climate and the richness of the surrounding areas, Mesa is now home to the golf enthusiast, mainly golf related degree programs accredited by the PGA. No longer a location devoid of turmoil and unrest, Mesa with its mild winters is an area people have populated since its inception.

Continued in The History of Mesa – Part 3