This is the third part of the four part series from Red Hawk Property Management Mesa about the history of the city Mesa, Arizona. Continued from The History of Mesa Arizona – Part 2.

In September 1877 the 85 members that made up the first Mesa company left Idaho and Utah. There were four company leaders, some of who were polygamous and these were Pomeroy, Robson, Crimson, and Sirrine. They did not travel the same route as Jones, and Lee’s Ferry was the point at which the Colorado River was crossed as there was a cliff which made passage a little easier. Utahville, as Lehi or Jonesville was then known as, was reached by the leaders in January 1878 and the rest of the company joined them in February. They were invited to stay by Daniel Webster Jones but instead they chose to move along to the mesa where they marked off land immediately. Work also began to clear the Hohokam canals, and water first entered these in April. Section 22 was a square mile that is now known as the Town Center. It was this section that was registered in Florence on 17th July 1878 by Theodore Sirrine. This town was always called Mesa City, but this name was not recognized by the Post Office at first because of potential confusion with Mesaville on the San Pedro River. It was called Hayden’s Ferry by the Post Office in 1881 when Fannie MacDonald operated it. The name changed again in 1886 to Zenos by the Post Office before the name of Mesa City was finally allowed in 1889.

Fort Utah was destroyed in 1891 by a flood at Lehi and acres of low-lying farmland was carried away. Mesa began to outgrow Lehi because of this proneness to flooding and the fact that it had fewer irrigation ditches. This growth pattern was accelerated in 1895 when the railroad came to Mesa. In 1970 Lehi became part of Mesa, but it still retains its rural character even today. 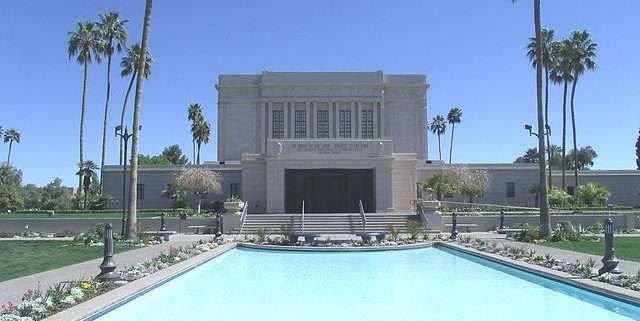 The Second Mesa Company came to the city from Idaho in 1879. This company included the Hibbert, LeSueur, Phelps and Dana families. They were joined in 1880 by the Standage, Pew and Rogers families. Stringtown was established by the 1880 pioneers as all of the best land was already taken. A farm was established by the Standage family which later became an experimental farm for the University of Arizona. In the 1990s the site was developed and became the location for the East Valley Institute Of Technology and a Walmart Shopping Center.

A school was one of the first things that was built after shelters were constructed and the crops were prepared. The first classes were held in 1879 and were taught by Zulu Pomeroy. By 1883 Mesa had 300 residents and was incorporated as a city with Alexander F. MacDonald chosen as the first mayor. Other early buildings included a city hall, saloons and a pesthouse adobe structure which was used to control smallpox. In 1892 the Mesa Free Press newspaper was first published, and this has been running ever since. Today it is known as The East Valley Tribune.

Most of the local newspapers from the middle of 1893 onwards can be found on microfilm at the Mesa Public Library. The only years that are missing are between 1901 and 1914 as these were destroyed during a fire that occurred at the newspaper office. The indexing of all issues of the Tribune that the library has from 1893 to 1921 was paid for by the library itself.

The Mesa Canal was enlarged in 1895 by Dr. A.J. Chandler. He carried out many other important projects in the area as well which included building the first office complex in Mesa. This was the first time that an evaporative air cooling system had been used in the whole of Arizona. He also started an electric power plant which was purchased by the City of Mesa in 1917. The Dr started the city of Chandler that can be found to the south of Mesa.

There were not many other cities in Arizona at the time that owned their utilities, and it was because of this that Mesa did not need to use bonds for capital expenditure until the 1960s. During the Depression, shared funds were able to be used for construction projects that took place during the Works Progress Administration. These projects including paving streets in the Town Center along with the addition of sidewalks and curbs, the first hospital building that had not been converted from a residence, park facilities and the creation of a recreation department and the construction of a modern city hall which also housed a library with extended opening hours.

Continued in The History of Mesa – Part 4