Red Hawk – Phoenix Property Management are proud to be from Phoenix, Arizona and to continue our mini-series covering historical periods in Phoenix we are going to be talking about the boom period that occurred in the 1920’s.

Phoenix Arizona in the 1920’s was a bustling little city.

The transformation of the country during the Roaring 20’s brought about significant changes to Phoenix as well. It had slowly been progressing from a small wild west town with horses and buggies to a thriving city with automobiles and the nouveau riche. But during the decade of the 1920’s this was more evident than ever. At seven stories tall, the new Heard Building, completed in 1920, was the tallest building in Arizona at the time. During the next ten years, several taller and more impressive buildings were constructed to bring a right downtown area to the city. Even the Central Methodist Church moved to their new building located at Central and Pierce, which placed them in the thriving city center. 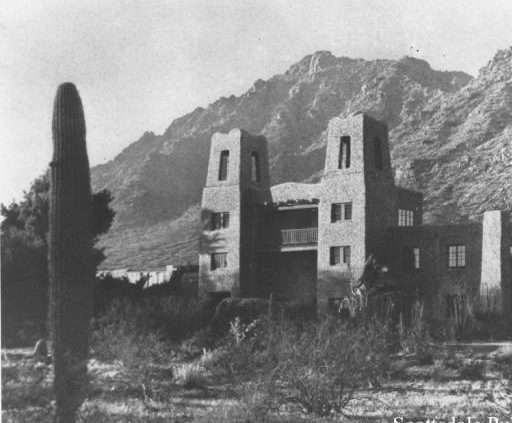 Shot of Phoenix, AZ in 1926 (Courtesy of https://commons.wikimedia.org/wiki/File:Jokake_Inn_1926.jpg)

At the beginning of the 1920’s Woodrow Wilson was in the final two years of his presidency. Having suffered a stroke at the end of 1919, Woodrow’s wife, Edith, was mainly carrying out the executive duties. The American public was disillusioned by the Great War, the recent Palmer raids and the “Red Scare.” They were tired of Wilson’s political overreaching and two decades of Progressive rule. In the 1922 election, voters, including women voting for the first time, eagerly embraced Warren G. Harding as their next president. In a famous speech he promised a “return to normalcy.” That normalcy is what the American people wanted. As a gesture of goodwill, Harding freed Socialist Eugene Debs. Wilson had imprisoned Debs for opposing American involvement in the war.

World War One, or The Great War as it was known, brought significant changes to the Salt River Valley.

The booming cotton industry soon went bust with the end of the war, plunging Phoenix into a recession that was sweeping across the nation. Phoenix quickly turned around during the massive economic expansion that occurred during the 1920’s, which American writer Scott Fitzgerald referred to as “the greatest, gaudiest spree in history.” Although prohibition was in effect during the 20’s, Phoenix, along with most towns of the West, saw little enforcement. This large open environment soon attracted bars, brothels, and gambling dens. The mafia was not too far behind, bringing with it notorious mob boss, Al Capone.

The cities population was vastly expanding. Already the largest town in Arizona, Phoenix population grew by 66% over the next ten years. The mansions of “Millionaire Row” still graced Monroe Street but as the central business district moved north, rows of elegant new homes began popping up and expanding city limits.

Theodore Roosevelt Dam on the Salt River allowed for vast swaths of land to be brought under cultivation. Three additional dams constructed during this time, the Mormon Flat, Horse Mesa and Steward Mountain, brought the total area of farmland to around 360,000 acres. The complex network of tree-lined canals not only brought water for farming, but it also provided swimming and recreational opportunities as an escape from the desert heat. Thanks to federal water subsidies, the Phoenix agriculture sector was able to avoid the recession that affected much of that industry throughout the rest of the country during the 20’s.

In 1926 the Southern Pacific Railroad built its main northern line through the cities mission style Union Station. Nearly all the SPR transcontinental trains were routed through Phoenix. Until this point, Phoenix had remained relatively isolated. But now connected to the rest of the country, the city became a major tourist destination and a major supplier of agricultural goods to the balance of the West. By the end of the decade, Phoenix had taken center stage for the state’s retail, banking, insurance and manufacturing industries.

Across the entire nation, a building boom was underway. America became the financial super power of the world during the 1920’s. There was capital in abundance, and much of Phoenix great architecture was constructed during this time. The exclusive Arizona club was housed in the Luhrs building built in 1924. The next four years brought construction of the Security Building, Hotel San Carlos and Hotel Westward. The Professional Building and Luhrs Tower were built in the late 1920’s, the heyday of Art Deco architecture.

Existing Phoenix civic buildings were unable to keep up with the explosive growth.

The city commissioners and county supervisors, back by the chamber of commerce, issued a new bond for a grand building. The bond was enthusiastically accepted. Located at First Avenue and Washington, the building occupied an entire city block and was surrounded by a large city park. Designed by Edward Neild and the firms Lescher, Mahoney & Edwards and Wildey & Dixon, this six-story building remains an iconic part of the cities history with it’s Phoenix birds rising either side of the entrance. Other notable buildings that went up during this time were Fox Theater and the Orpheum Theater. Although reserved only for the most luxurious, air conditioning was introduced during the 1920’s.

Despite the cities richest and most influential man, Dwight Heard, coming from Chicago and being a Republican, the city held on to its southern roots. A quiet segregation throughout the city kept many of the stores and restaurants off limits to the towns growing minority population. Minorities were not allowed to buy property north of Van Buren, and Phoenix Union Colored High School opened in 1926. In response, minorities opened up their businesses, charities, newspapers, and churches. The beautiful Heart of Mary Church began in 1929 by the Catholic Latino population. There was a small Chinatown in downtown Phoenix, but most minority residential and business districts were outside the city limits. Japanese farmers, moving in from California and farming some of the toughest spots in the valley began to receive hostilities from their Anglo counterparts. However, there were signs of progress. By the end of the decade, there were “colored” police officers and vibrant Latino families were able to break into the wealthy Garfield district.

Beyond the one major city-county building, there was the small focus on civic buildings. Phoenix Junior College, later to become Phoenix College, opened in 1920. Phoenix, despite its massive growth, attracted no major university or liberal arts colleges during this time, unusual for large cities throughout the U.S. 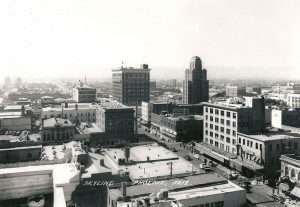 As a harbinger of things to come, Phoenix businessmen Dwight Heard and Baron Goldwater both died in 1929. On October 29th, 1929 the stock market crashed. Thus bringing in a decade of exact disproportion to the wild years of the 1920’s. No one knows how Phoenix would have continued to evolve the hysteria of the Roaring 20’s continued. But it would not take long for the city to be forced down from its throne and thrown headlong into the toughest decade our country had ever seen.


Continue here to learn more about why you should be living in Phoenix, AZ today!
Scroll to top