History Of The Phoenix Suns – The Colangelos

History of The Phoenix Suns – The Colangelos

Red Hawk Property Management are HUGE supporters of the Phoenix Suns, so we’re going to take this time to share a brief history of the Suns starting with the father and son pairing of Jerry and Bryan Colangelo.

When you think about Phoenix, Arizona, you think about the desert. But Phoenix, Arizona also has a great basketball team, called the Phoenix Suns. They are the first professional basketball team, in the ‘Valley of the Sun’ and the beginning of what would be, a unique and still developing sports culture. As the team begins their forty-eighth year, we will recall and take a look at the General Managers that helped to make them who they are today. They are a close-knit family of father and son, named Jerry and Bryan Colangelo.

He was considered an icon when Jerry Colangelo began with the Phoenix Suns. Jerry Colangelo was known as the ‘Godfather’ of sports, having helped to bring basketball, baseball, and hockey to the desert. He served as their General Manager, from the Phoenix Suns creation in 1968, until he retired in 1995. He came from the Chicago Bulls in 1968, to manage the new expansion team, Phoenix Suns and was considered the youngest professional General Manager, at the age of only twenty-nine years old. During his twenty-seven seasons as General Manager for the Phoenix Suns, he won 4 NBA honors as Executive of the year, several stints as a head coach, and became the owner of the team from 1987 – 2004. Jerry was an essential part, in the building of America West Arena (formerly U S Airways Center, now Talking Stick Resort Arena).

While there were many memorable and great things, that Jerry Colangelo did for the Phoenix Suns, including getting them to a great win percentage, there were also some misfortunes along the way. In 1969, Colangelo lost the coin flip to the Milwaukee Bucks; that would have given the team, the ability to acquire Kareem Abdul-Jabbar. During the 1980’s the Phoenix Suns struggled, allegedly due to drug use by some of the members of the team. The drug scandal had an important effect on the entire team. And in 1987, the Phoenix Suns center, Nick Vanos, was killed in a plane crash, leaving the team broken.

However, Jerry Colangelo, bought the Phoenix Suns in 1987, in the wake of the scandal and traded for Kevin Johnson. The years between 1998-1999, were considered by many, to be one of the biggest turnarounds, for any professional basketball team in history and began a run of thirteen straight playoff appearances. In 1995, Jerry Colangelo turned the management of the Phoenix Suns, over to his trusted son, Bryan Colangelo. He was an owner of his beloved Phoenix Suns until 2004. 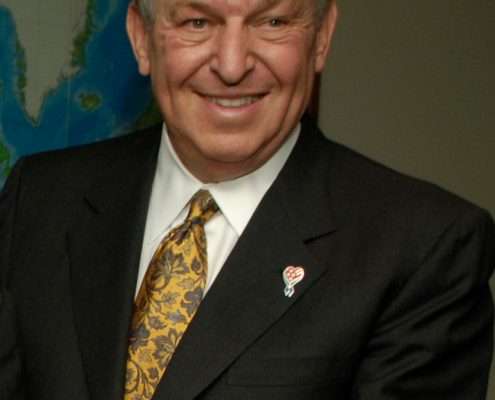 During Jerry Colangelo’s tenure as General Manager of the Phoenix Suns, the team was catapulted into greatness and considered one of the best teams in the National Basketball Association. Their achievements included: making the playoffs seventeen times, winning 3 division championships and winning two conference championships between the years of 1975-1976 and 1992-1993.

After leaving the Phoenix Suns as General Manager in 1995 and as owner in 2004, Jerry Colangelo became the director of USA basketball in 2005 and returned in 2015, where he served as Chairman of Basketball Operations for the Philadelphia 76ers. He now serves as Special Adviser to the Managing Partner of the 76ers.

Some of his more notable acquisitions were: drafting Shawn Marion and Amare Stoudemire and the two-time Most Valuable Player Steve Nash. Marion and Stoudemire would help the Phoenix Suns find success in the early 2000’s and the great Steve Nash, whom he acquired, back from the Dallas Mavericks in 2004, helped the team to win a top playoff spot, between the years 2004-2005. Colangelo also acquired Boris Diaw for the Phoenix Suns. The acquisition of Steve Nash was able to done by Bryan Angelo, because of the additional salary cap monies, from the previous trades of Marbury and Penny Hardaway.

Drafting Amare Stoudemire and Shawn Marion drew Bryan Colangelo wide praise from around the basketball culture and acquiring Steve Nash, led him to be honored as the 2005 NBA Executive of the Year. Other trades made by Bryan Colangelo were: the highly criticized Jason Kidd to the New Jersey Nets and Marbury and Penny Hardaway to the New York Knicks.

Some of Bryan Colangelo’s accomplishments include the Phoenix Suns making the playoffs nine times, while only missing the playoffs twice, during his tenure as General Manager, serving as President of Phoenix Arizona Sports, who owned the Arizona Rattlers of the Arizona Football League and operated the Phoenix Mercury. During Bryan Colangelo’s time as president, the Arizona Rattlers won the Arena Football League Championship 2 times, and the Phoenix Mercury played in the NBA finals in 1998. Colangelo won AFL Executive of the Year in 1993, for his exceptional work with the Rattlers. 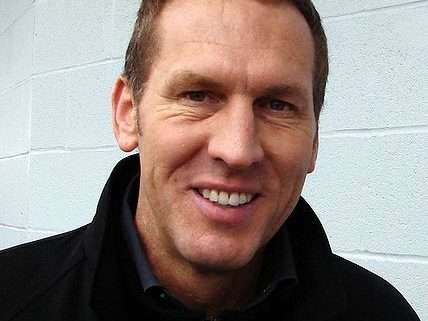 In 2006, two years after his father, Jerry Colangelo, sold his beloved Phoenix Suns, Bryan saw an opportunity with the Raptors. In February 2006, Bryan Colangelo resigned as General Manager of the Phoenix Suns. The next day, he was named President and General Manager of the Raptors. He stayed with them until 2013, when he stepped down for other opportunities. He began freelance scouting and consulting for the National Basketball Association. In 2016, Bryan Colangelo was hired as the President of Basketball Operations and General Manager for the Philadelphia 76ers.